TV shows currently watching | GTAMotorcycle.com
Menu
Log in
Register
Install the app
You are using an out of date browser. It may not display this or other websites correctly.
You should upgrade or use an alternative browser.

I'm more of a TV junkie when the winter comes..... movies in the summer, tv in the winter.

I recently got hooked on AMC's Hell on Wheels, the second season just finished in October, but what an awesome TV show. So far my second favourite after Breaking Bad.

But, in order of preference, here's what I've been watching:


I started the new season of American Horror Story, but it lost me after it took it's sexual perversion a little too far "here's a boy that looks like feminine, now touch him and touch yourself while you do it... please stop throwing up, the male body isn't that gross". And the random cutting people's legs off and 'zombies' was just..... weird. The possession part of it is the best, but the smallest side-story this season.
SOAR Novice #84
2006 Yamaha YZF-R6 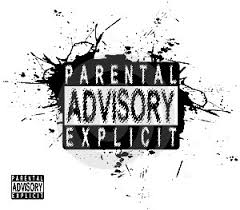 Site Supporter
revolution
Lucky2/ToSlow "well if the dems run with sleepy joe, then trump will be in for anther term."
"i would say that there was massive voter fraud"
"I wonder how many antifa gang members was among the crowds that was at the so-called mob rush?"
V

Site Supporter
LOL, Hell on Wheels is on my list to watch.

Couldn't get into Revolution either...
I

My wife and I just sit there and pick away at all the mistakes. We hate it, but want to see what's going to happen. I said to last show,"I really hope it doesn't get picked up for a second season."
2004 Suzuki DRZ400
1986 Honda Shadow 750 - Sold

Site Supporter
This is stupid but "Diners, Drive-Ins & Dives". There have been a couple joints that look really interesting (read good food).

I want to get into Mad Men after my current shows end lol.... way too much going on. I have so little hard drive space

Revolution was garbage..... I tried Falling Skies... it's O-K, gets a little cheasy sometimes and the acting is horrid, but the story/side stories are getting a little more interesting.
SOAR Novice #84
2006 Yamaha YZF-R6

Site Supporter
Too many shows out there people keep telling me to watch. Currently...

Waiting for the next season of Game of Thrones and Spartacus to start.

I can't really commit to more than a few shows at a time.

Walking Dead - This show made me look at the Graphic Comics. THAT alone was worth watching it.
Sons of Anarchy - Good, mindless entertainment. Some good characters and some really out there scenarios.
Dexter - just wanna finish out this season, I figure I've watched from the beginning may as well finish it, but it's lost it's charm.
"There's never enough time to do it right, but there's always enough time to do it twice."

Site Supporter
I dont see the hype about breaking bad. I'm watching 4th season & the story is getting drawn on

Sent from my tablet using my paws
“The problem with socialism is that you eventually run out of other people's money.” ―Margaret Thatcher

Everything else is just a big heaping pileof time wasted refuse.

Everything else is just a big heaping pileof time wasted refuse.
Click to expand...

Breaking Bad - Should have ended at season 4. Just pissing me off now.
The Wire - I was late to the party. Great show.
Boardwalk Empire - Havent watched season 2 yet. Solid show.
Walking Dead - Half a season back but I read the comic so I know whats going to happen anyway.
Life - Another ended show. Great show though. Ending was abrupt due to no new seasons.
Game of Thrones - Waiting for season 3.
Pro #25
YOUTUBE.COM/N3WMAN13
You must log in or register to reply here.
Share:
Facebook Twitter Reddit Pinterest Tumblr WhatsApp Email Share Link