Looking at bikes, getting back into riding again | GTAMotorcycle.com
Menu
Log in
Register

Looking at bikes, getting back into riding again

As some of you may or may not know I got into a rough crash in the summer of 18'
Long story short, Im getting back into it again and am looking at bikes, I'm 30 now so hoping my insurance will be lower, although the 1 year-ish gap in insurance will probably work against me.. I'll have to start calling around again for quotes

I have the following list of bikes I'm looking at right now that i'll be narrowing down from(Feel free to add If I have missed any):

Main criteria are:
-it HAS to be comfortable (Loved my Old sv but Clip-ons/aggressive position made it a pita for anything over 20 mins)
-Not too heavy(no cruisers)
-Nothing more than a middleweight so as to avoid getting raped on insurance.

Cant explain how annoying its been not to ride, not a day goes by that I dont think about it(xray tech and father in-law accurately told me broken bones heal but the itch never goes away, they were right.)

I'll be using it mostly to ride around, do some touring, also after reading Nick Ienatsch's books, and watching his videos im convinced i'll be doing some advanced riding courses and dipping my toes into track days as well.

I'll be buying within the next 2 months most likely, during winter, distance isnt as important now as I have a truck and for a really good deal, can travel some distance(Within province)

Let me know what your thoughts are about the bikes.

I can recommend gladius if you liked sv650 engine.

There are ways to unugly it if you don't like certain looks (ie. saggy noob headlight).

Not a lot of demands for this model and I've seen postings staying on Kijiji for a long time.

Quick search yields:
Depending on your weight, you could put in right front spring and thicker oil for it to really shine. Gsxr shock is already done. For reference, I got mine for 4k in peak riding season with 7k km and expensive mods (lower belly, seat cowl, etc.)

Site Supporter
If I had the cash I would go with a RZ350LC.

Now there's a fun bike, cheap to insure and not a lot of horsepower to worry about.

Than let me have it for a day.

Trust me.
"Life is a dream, realize it." Mother Teresa.

Site Supporter
Have you thought about a trials bike...?

I really came on expecting to hear legit opinions...

Site Supporter
I was lagit.
I meant it

Site Supporter
Glad to hear about your recovery.

I was set on an adventure but now I'm waffling towards a goldwing DCT as I want to tour!

What do you contribute the rough crash in the summer of 18 to ?

Trials said:
What do you contribute the rough crash in the summer of 18 to ?
Click to expand...

Site Supporter
My previous bike was a Ninja 650. It was a good all around bike. I had sport bars on it. But it wasn't anything like the clipons on a SS. I had a Sargeant Gel seat and it made the bike alot more comfortable. The bike was good. Didn't excel at anything but was reliable, comfortable, sufficient power. Reasonable on insurance. Predictable handling and braking.
2017 Ducati Supersport
2010 Ninja 650r (sold)
2009 Ninja 250r (sold)

Site Supporter
All your options are good and will fit the bill for getting back into the sport. The January bike show has lots of used bikes that you can sit and check what is the least uncomfortable.
Railside Performance For Your Fender Eliminator & Sequential LED Integrated Taillight Needs
M

Site Supporter
FZ6 is a solid choice - not the R version - it's half the bike
should be some decent examples well under your price range
they are getting old though, newest you'll find is 10 years old
so finding a low km one is not easy anymore

Hornet is a cool little bike

was wondering why you were absent for awhile BP
didn't know you were in a crash, bummer
Last edited: Nov 24, 2019

Site Supporter
Get the FZ6.

That's the bike I chose to get back onto 2 wheels after 12 or so years of not riding. Coming off of an R6 as that's the last bike I owned and rode.

Making my choice was simple.

I decided over Thanksgiving dinner that I want to get back onto 2 wheels next year. Over the next day or so I found one on Kijiji. I picked up the bike the following Saturday.

Not that I really checked out any other bikes in person or considered/looked any others once I found this one.

I found one for a really good price and ended up getting it for even a better price. Middle range of kms, 48 000 kms for a 2008 model.
Seller was super legit and really nice. Bike was well taken care of for its age and kms. I knew this would be the case when I only spoke to him on the phone and meeting him and seeing the bike in person confirmed this.

I am not sure how much I will ride next year due to family/work/life commitments.
But I figured I got it at a good price and insurance shouldn't be too much of a surprise. I already called around and got some decent quotes.

I eventually want to get a proper touring bike. I realize that I cannot commit to proper touring at this point in my life so this is a good in between of a sport bike and touring. Easy on the body, good on insurance and is not a cop magnet. Just something to heal the itch.

There are some decent one still online. I found some even better deals in Quebec if you are willing to travel.

Good luck with the search.
At the end of the day, I am sure you will be happy with any one of the ones you listed or others. As long as it has 2 wheels.
"We all undertake a modicum of risk every time we thumb the starter - it's just inherent to the sport."

bigpoppa said:
...
Budget is flexible although Im trying to stay below 5k(hence the lack of street triples and more recent nakeds)
Click to expand...

That's why I liked the 500CBR idea, I think you could find a nice one within budget,
they made tons of them, sold tons of them, they are a very nice bike and I'll bet there are all kinds of them for sale that have not seen much ride time.

J_F said:
going from an FZ09 torque monster
to ~ 50HP Honda 500 parallel twin would be a real downer
Click to expand...

Based on his riding history that would be a prudent choice,
will be some time before he will be carrying passengers & the 500 is plenty fast for public roads solo.

Hope you're recovered or feeling well! I Had a SV650N (Naked version), same boat with comfort, sold it after about a year, bought a CB500X, much much better comfort wise. I am selling it (was going to post it up in Feb/Mar) However, if you or any other members are interested, we can work something out. It's a 2016 model and just about fully loaded, from Scorpion Serket exhaust, Barkbusters, Givi rack (nanuk case not included), SW Motech foot pegs, gear indicator, GPS bar etc...I used it for the reasons you described, love it, and If I could keep 2 bikes, I would, just switching to more off-road focused stuff. 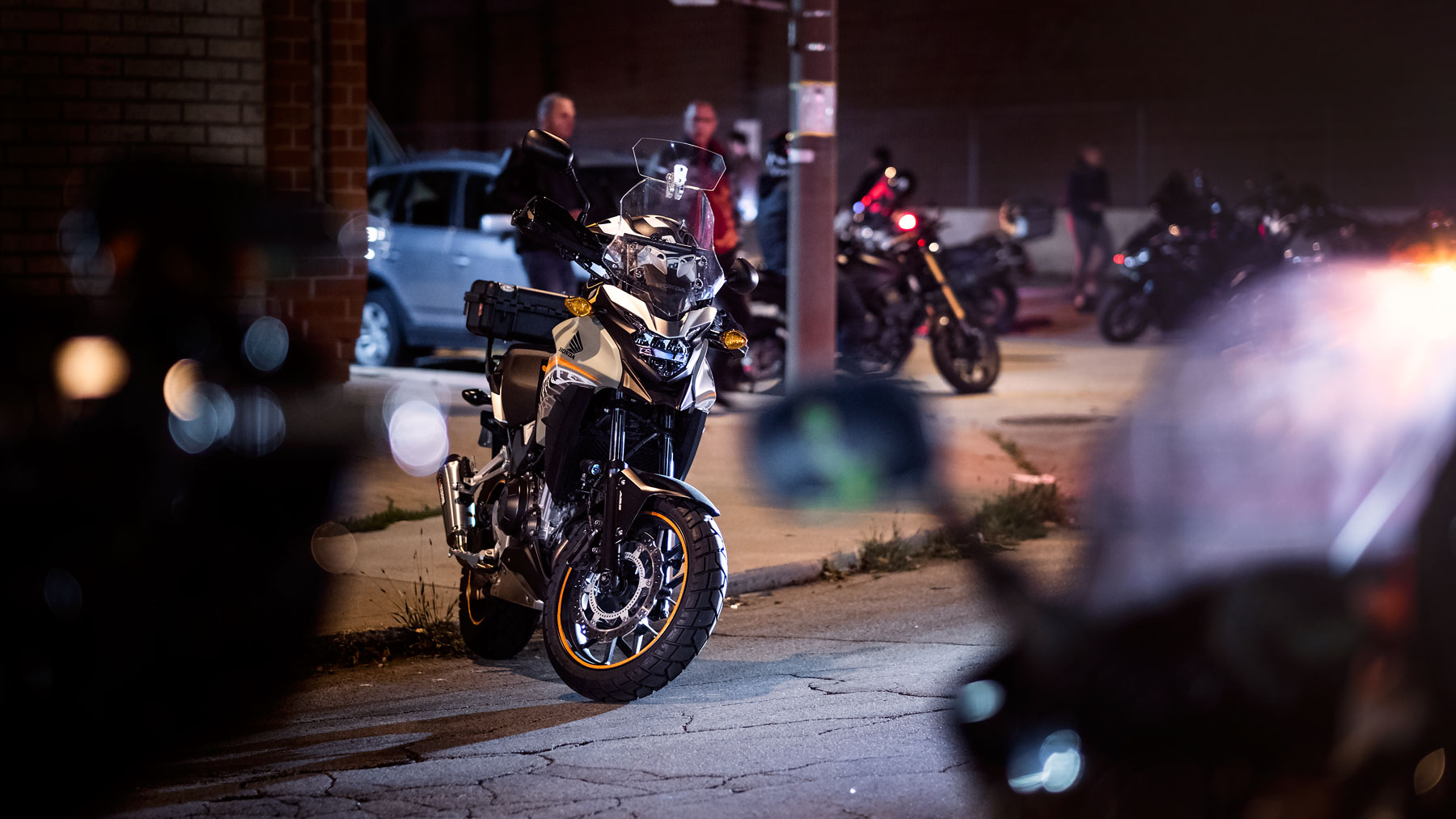