Touring with a Tuono? | GTAMotorcycle.com
Menu
Log in
Register
Install the app
You are using an out of date browser. It may not display this or other websites correctly.
You should upgrade or use an alternative browser.

Touring with a Tuono?

I want a Tuono, and I want it now! 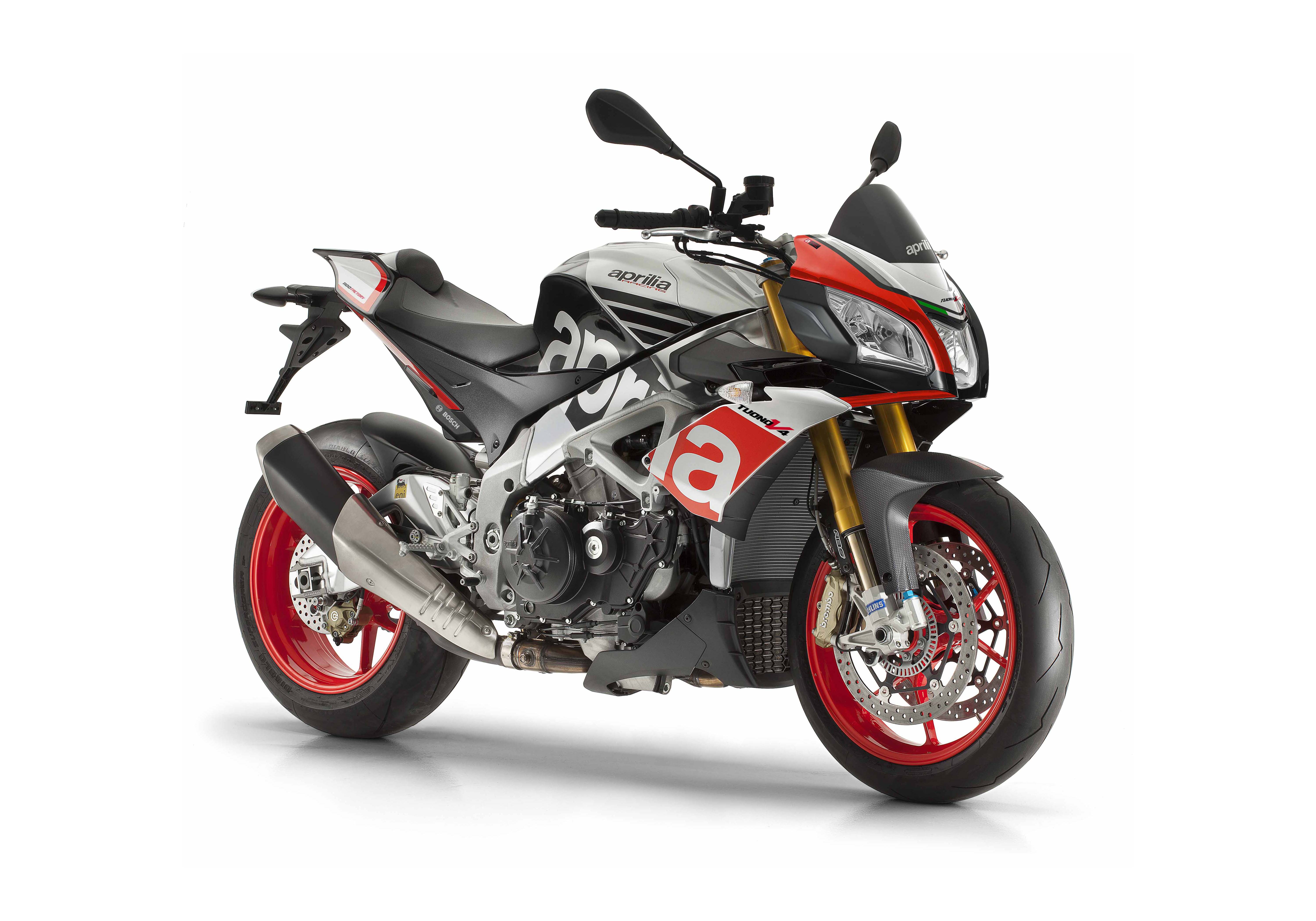 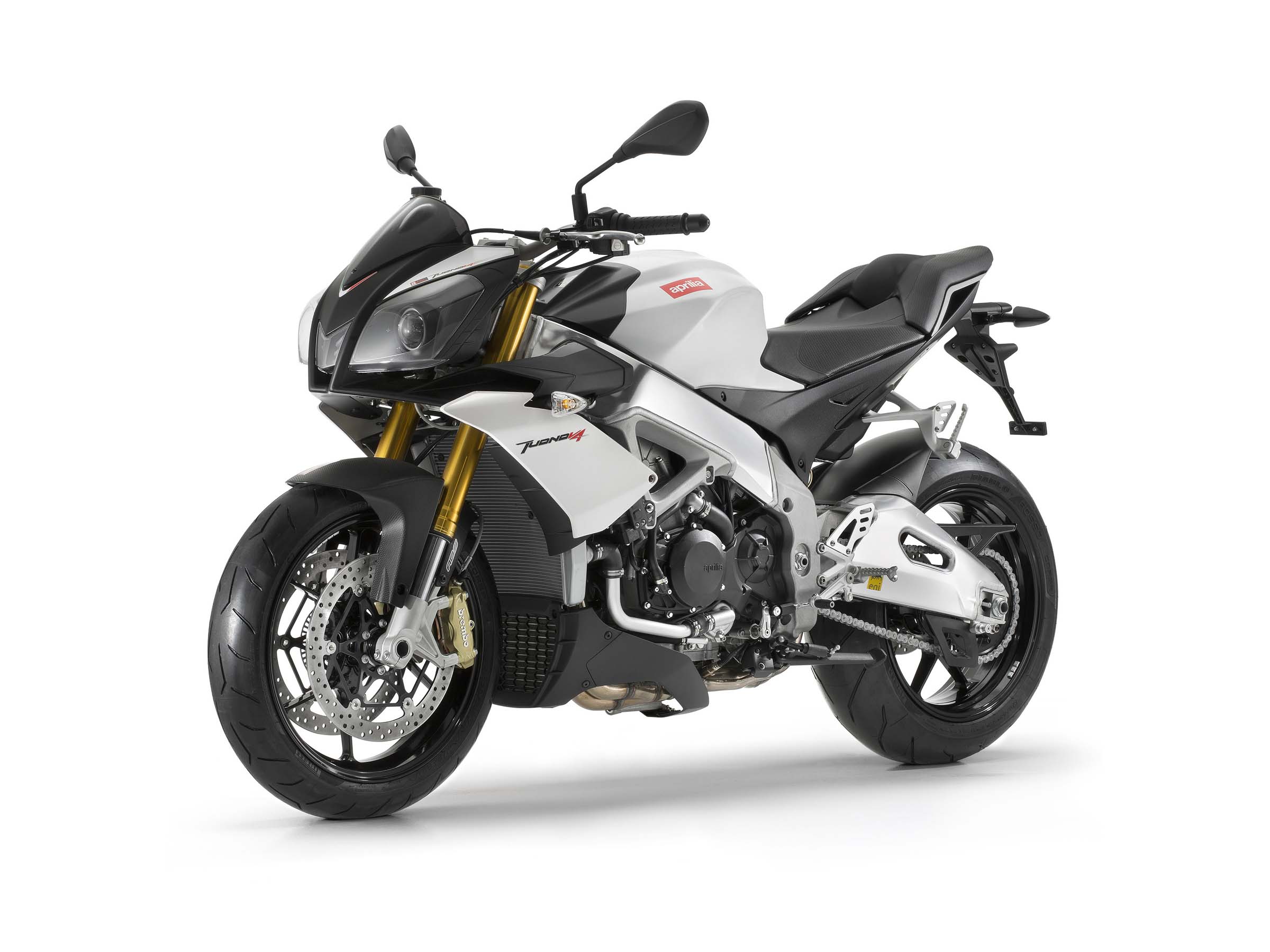 Either or will do...

BUT - I like touring and I like my Givi panniers. During my my recent "research."[SUP]1[/SUP] I have not seen many options for hard case luggage carriers on the Aprilia Tuono. Whether Givi directly or SW Motech, I can't seem to find a manufacturer that is known to me that provides a solution to a rather easily solved problem.

Is it an issue with the bike?

- Tuono riders only stop at Timmy-Hos Thursday nights?
- Panniers impede power wheelies? Clutch-ups are for weak bikes!
- Bike is too uncomfortable thus no market for touring and panniers?
- Subframe too small or lacks mounting options?

Your thoughts are appreciated.

Note 1: Warning, my "research" has been restricted to Google Image searches. You know, something about pictures and thousands of things with characters...

Site Supporter
What bothers me about this style of bike lately is the completely vestigal flyscreens. If you want to mount something bigger, it seems like you have to accept it's gonna flap around like wet newspaper since they're only securely mounted in the middle
2006 Honda CB919
"Anything invented after you're thirty-five is against the natural order of things." -Douglas Adams

Lots of different solutions available but it seems that soft panniers are the way to go (as far as I have seen). Remembering that this is a pretty hardcore scratcher's bike, options are going to be slightly limited.

Lots of choices out there.

also, got this from another forum:

Looks like almost any of their hard bags fits on this one:

Just out of interest, I searched up some more, found those.

There is only one bug-eyed beauty, that is the Striple/R. The Tuono is just beautiful. No paper bag is necessary when mounting or being seen around town.

Shaman, here forth I'll direct my Aprilia related questions to you. The empirical exists in your garage I see.

My preference is for hard cases. Out of luck for now, unless I commission a solution...

I think I was typing as you posted.

Options do exist... My concern with a top case is upsetting the balance of the bike. Can anyone address this?

Louder said:
I think I was typing as you posted.

Options do exist... My concern with a top case is upsetting the balance of the bike. Can anyone address this?
Click to expand...

I toured on my Tuono V4 to California and back. Rode every day for 3 weeks straight. Longest day was 1100km.
All I had was a 10L and 30L Kriega packs on the passenger seat. Travel light and fast. Only thing that limits this bike is the range of the fuel tank. I had a few close calls but never ran out of gas.
J

Site Supporter
That bonus video is one of the more amusing bike reviews I've seen in a while. Highly recommend just for the guys descriptions.
Support your local rehab and hope you never need it.

I want that bike too, next year ☺. George @ corsa tells me lots of guys tour on it all the time. My buddy rode to Ottawa last week and saw two guys on the new factory version heading to the US.
The only thing is maybe change the seat and the 200-230km range. Gives you a chance to stretch though.
In any case I'm sure you won't be disappointed with that bike. Pure sex appeal imo.
K

200-230km is optimistic at best. In my experience it's 180-200 if you're riding at a real relaxed pace. If you're having fun I've got less than 150km. Most of the time this isn't an issue. But when in the middle of nowhere Montana or Wyoming it can be.

Site Supporter
my buddy has a tuono and rode it for I think 2 weeks with his wife (wife on separate bike) all through the eastern Canada. He didn't complain to me about anything on the bike, only the crappy raingear they had LOL

"Rides are simple, we all leave together we all go home together."

Don't get me wrong. I'm not complaining. It's a great bike. My favorite out of everything I've ridden.
If you plan to tour with the bike the limited tank range can be a factor. I've managed but just barely.
The bike can do it. It's just not its intended purpose.
But it was all worth it when out in the mountains on winding switchbacks. That's where this bike is at home.

FYI the new 1100 and RSV4 get better milage. Odd that more power = better milage but there were a lot of updates to these engines internally and one of the big ones was the lowering of internal engine pressures and a check valve system in the gearbox to flow less oil when the engine is not at high load / high revs. The new engines are largely about efficiencies and fuel milage benefits from that. There's also a one-way valve in the rear head to stop the common complaint that the engines sound rough / loud when the bike is first started cold - not a reliability issue, but not allowing the oil to drain out of the head ends that complaint.

Shaman said:
FYI the new 1100 and RSV4 get better milage. Odd that more power = better milage but there were a lot of updates to these engines internally and one of the big ones was the lowering of internal engine pressures and a check valve system in the gearbox to flow less oil when the engine is not at high load / high revs. The new engines are largely about efficiencies and fuel milage benefits from that. There's also a one-way valve in the rear head to stop the common complaint that the engines sound rough / loud when the bike is first started cold - not a reliability issue, but not allowing the oil to drain out of the head ends that complaint.

On the flip side, the outgoing models are down in price on the second-hand market as the new ones become better known for being a sizable evolution.
Click to expand...

This year the tank is a wee bit bigger too, no?
K

All of those improvements are good. But for me I doubt it's worth it to upgrade. I've thought about it. But I don't think there is enough of a difference. I'd be surprised if the range has improved any. I'll wait to hear the real world results from owners. As it is I'm happy with the bike.

Oh, I'd be happy too and I am not cutting up the outgoing bike at all. They're great, if a bit more raw. Speaking of which, the seat is a big improvement and can be retrofit to the older V4R, according to AF1 (they should know). I think it's about $250 if this is something that interests you. Aprilia parts are surprisingly reasonable.

A few things I've picked up over the years for TV4 owners...

Aprilia's ABS versions have mostly the same brake components as the Panigale and S1000RR but they use a less aggressive pad, I had good luck flipping in some Vesrah pads on the RSV4. When I traded my buddy for an hour (CBR 250RR!) his first comment to me when we stopped was "why didn't you tell me this thing brakes like hitting a brick wall" because he was all worried about the power of the bike but it was the brakes that spooked him... For even more power, you can switch out for a 18:1 ratio or even 16:1 ratio Brembo master if you want, but IMHO that'd be more of a track proposition. If you have a non-ABS Tuono, you have a really wide choice of brake pads you can use, as that caliper was used for years by several brands.

There are 21+ litre tanks available if it's a concern to you. I'd have to look at who is making them but they're either custom-fab carbon or aluminum so don't expect it to be cheap.

Gabro makes a reflash tune for the Tuono that is even better than getting the race ECU tune, will smooth out power delivery all across the rev range. I believe Gabro uses the race tune to do it, so you also get the less intrusive TC settings, if that's of interest to you.

There's a few weak spots in the outgoing Tuono (again, different in the new bikes) and they are the evap can, a plastic coolant distribution piece that can fail and weak/failing stators. The evap can is an easy fix to remove and can cause the bikes to be hard to start when hot (this is an even worse problem on new RSV4 and virtually all Ducatis), it's technically illegal to remove, even though it's pretty much useless; if you ever over-fill your bike, as it will contaminate the charcoal in the cannister. The coolant distributor is fairly quick to replace with something better - there was a recall, but all the hose clamps on the new bike are spring-type and not crimp-type, which is an improvement. The stator issue can be fixed with a rewound version like Rick's Motorsport and the new stator assembly from Aprilia looks promising but hasn't been out long enough to see if it will be better - intuition says that it will be, and it fits the older TV4. As you probably know, sport bikes have a long and sordid history of weak stators... :/