Would you work for the evil empire? (Facebook) | Page 2 | GTAMotorcycle.com
Menu
Log in
Register
Install the app
You are using an out of date browser. It may not display this or other websites correctly.
You should upgrade or use an alternative browser.

mimico_polak said:
The things we do for money....I’m tempted to call the FIFO job again as I miss the money lol
Click to expand...

Would love a side hustle to make up the difference....really really would. I don’t know many of those that’ll gross me 100k though.

I suspect most will simply accept giving up their privacy in order to maintain their whatsapp groups and what not.. 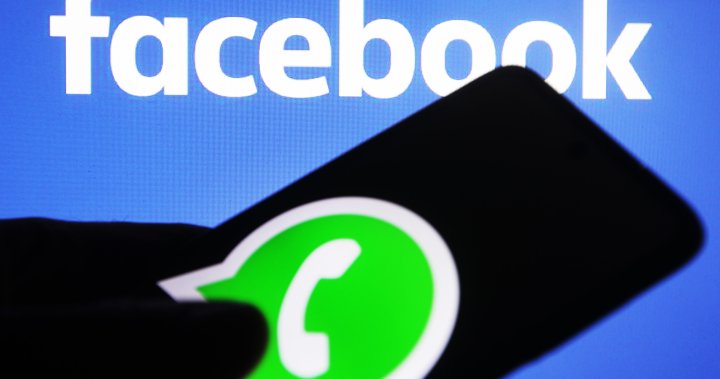 The company came under new scrutiny from privacy advocates when it announced that it will force users to share information with Facebook if they want to keep using the service.

This data will be shared with the broader Facebook network, such as Instagram and Messenger, and applies regardless of whether you have accounts or profiles there.

Personally I would not, but unlike most I do not use Facebook, twitter, instagram or any of the other big social media platforms, so I would not want to work for something I do not care about and more so dislike. The closest I get to social media is forums like these for various interests. I do not like social media personally and think it is exact opposite of social... anyways that being said if I did use Facebook and liked using it and what it is, I would jump at the opportunity to work for a company that I believe in, especially if the money is good.
M

Site Supporter
@POWERMAN a lot of my friends and colleagues have moved over to ‘Signal’ because of these new Terms and Conditions. Basically full groups switched over.
2013 CB500F (Guess considering the pattern of 2x cc...next bike must be a 1000!)
2011 CBR250R
2008 CBR125R (Enjoyed...sold...not forgotten)

Welcome to the Web application of Telegram messenger. See https://github.com/zhukov/webogram for more info.

Welcome to the Web application of Telegram messenger. See https://github.com/zhukov/webogram for more info.

Heard of that also. So far I’m getting notifications all day ‘XX has joined Signal’ so it looks like people are moving away from WhatsApp without actually deleting it (news article I read stated Signal and Telegram are growing but WhatsApp isn’t being deleted just yet).
2013 CB500F (Guess considering the pattern of 2x cc...next bike must be a 1000!)
2011 CBR250R
2008 CBR125R (Enjoyed...sold...not forgotten)

Site Supporter
@PrivatePilot confirm/deny?
20' S1000XR - Mile Muncher
14' GROM - Stretched & slammed beast
17' FZ09 - Totaled by a left turner
15' R3 - Sold but missed.
"Don't confuse my attitude with my personality. My personality is who i am, my attitude depends on who you are."

Site Supporter
"Health Insurance" and 401K and all that other stuff highly depends on what company you work for. In the race to the bottom that's hardly guaranteed anymore - virtually no companies in Canada in the trucking industry offer pensions anymore. I'm lucky to work for one of them.

"Detention pay", also hardly guaranteed. Again, race to the bottom thing and a lot of drivers who are wiling to work for nothing and accept it instead of demanding better.

2-3 weeks on with 1 off, again, varies greatly from company to company. Even my years on the highway I rarely worked more than 6 on before at least 1-2 off.

Most of the rest of the stuff, yeah, fairly on point....although todays realities with apps and such (he mentions one) as well as satellite tablets for communication and dispatch are things that only came along in the industry in the last 5-10 years. When I started it was always wise to have a roll of both Canadian and US quarters in your cab as you were relying on payphones pretty much exclusively for communication with both dispatchers and customers. Smartphones didn't exist. I was driving for 3-4years before I got my first bagphone in my truck paid for by the company and it was for emergencies only (which usually consisted of the company calling *me* and telling me to rush somewhere) and you didn't dare use it for anything else. It was 5 years after that in which I had the first rudimentary driver/dispatch communication system that was clunky as hell to use but got the job done and didn't require me needing to carry quarters anymore or begging customers to use their phone to call dispatch anymore.

Now, things are so more advanced with the realities of mobile internet being everywhere.

It's also a whole different world now so far as the ability for companies to run you ragged as well. He mentions running 400-600 miles a day (650km to 1000 km a day roughly) - back when I started a company would have laughed you out of their truck if you told them you were only willing to drive 600km a day on a longhaul setup. 1000km in a day? Pfft... there were times I was running 1500km a day at one point early on. I was known as a "runner" and I got rewarded well for it with good runs and shiny new equipment, but holy faaaackkk was I burning myself out. Some nights I'd be lucky to get 4-5 hours sleep, sometimes not contiguous sleep either. And when you suddenly pushed back (as I did once I had a few years of experience under my belt and some other doors started to open up) you got yanked off the "runners" list and suddenly you started getting treated differently.

It was a different world back then...all paper logs...and you learned early how to fudge them. And it was easy. But now with e-logs being mandated it's all a level playing field and it's driven a few of the bottom feeder companies (who were only competing by cheating) out of the industry and generally made everything safer. A lot of drivers hate it, but some of these same drivers are the ones who had no reference to the realities of long ago when a company would blackball you if you actually wanted to run legal and get actual sleep.

No satellite radio, podcasts, laptops, DVD players, etc etc back then. I was lucky to have a TV in my truck with rabbit ears and a VCR for the once once a month I actually had time to use it versus just wanting to immediately fall asleep. You bought cassette tapes at truck stops with comedy and such and listened to them so many times you knew the words to every joke. AM radio talk shows (which had nothing but Jesus Jesus Jesus in many areas of the USA) and Art Bell late at night kept me company. When I was lucky overnight sometimes I could catch a CBC AM Toronto station bouncing off the ionosphere even in the deep south....a taste of home.

Anyhow..This kid is clearly very new in the industry (I think he's still wet behind the ears) and has probably only worked for that one company (not a shabby one to work for either) so he's not got a taste of the other 99.9% of the industry. There's lots of good companies. There's also lots of **** companies. With deregulation the latter has become increasingly common, especially on this side of the border.

As I always tell people who ask about the realities of the industry...it's not a job, it's a lifestyle. For a single person who wants to earn good money. You can make major coin (I made 6 digits my second year in the industry in the early 90's) but it's a hard life and it NEEDS to be in your blood. A lot of the people in the industry today....it's not in their blood, they just want the money...that's why there's increasingly so many ****** truck drivers out there now, they're not professionals anymore, they're just steering wheel jockeys.
--Vulcan 1700 (Mine)
---Vstar 1100 (Wife)

GTA Insurance Heat Map
Why I don't own a Harley, and may never.
Going fast in a straight line is easy. Don't be this newb.
GTAM MAKES NO GUARANTEE OF VALIDITY

PrivatePilot said:
As I always tell people who ask about the realities of the industry...it's not a job, it's a lifestyle. For a single person who wants to earn good money. You can make major coin (I made 6 digits my second year in the industry in the early 90's) but it's a hard life and it NEEDS to be in your blood. A lot of the people in the industry today....it's not in their blood, they just want the money...that's why there's increasingly so many ****** truck drivers out there now, they're not professionals anymore, they're just steering wheel jockeys.
Click to expand...