A Ride up North - James Bay | GTAMotorcycle.com
Menu
Log in
Register
Install the app
You are using an out of date browser. It may not display this or other websites correctly.
You should upgrade or use an alternative browser.

A Ride up North - James Bay

Made it here yesterday: 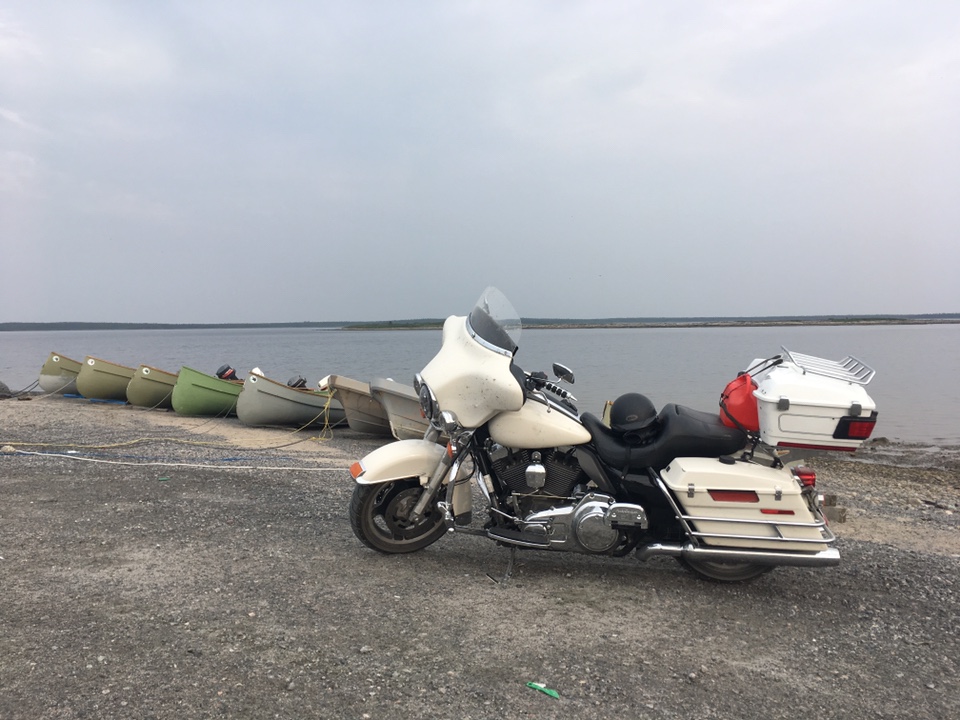 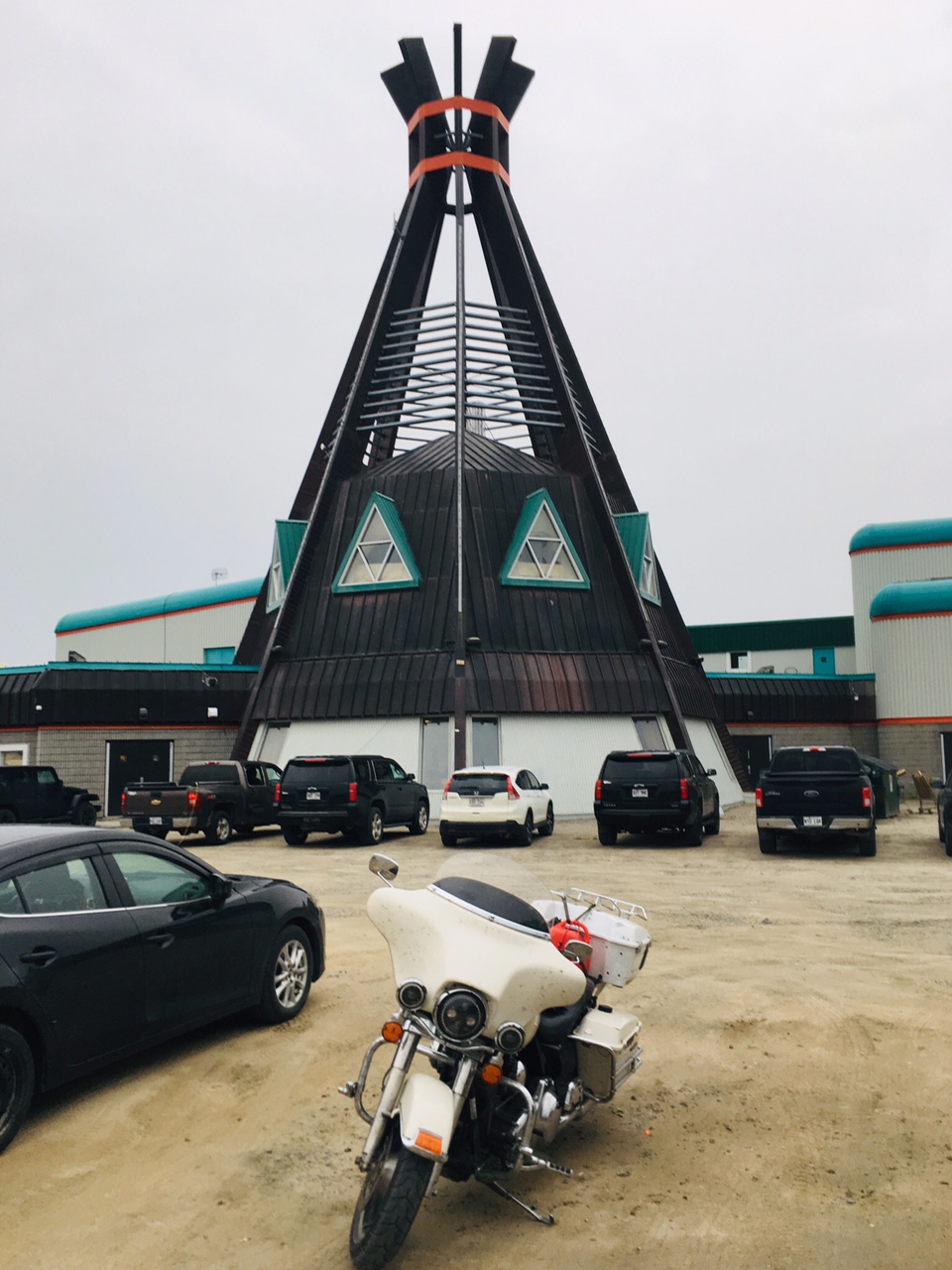 Things on the way 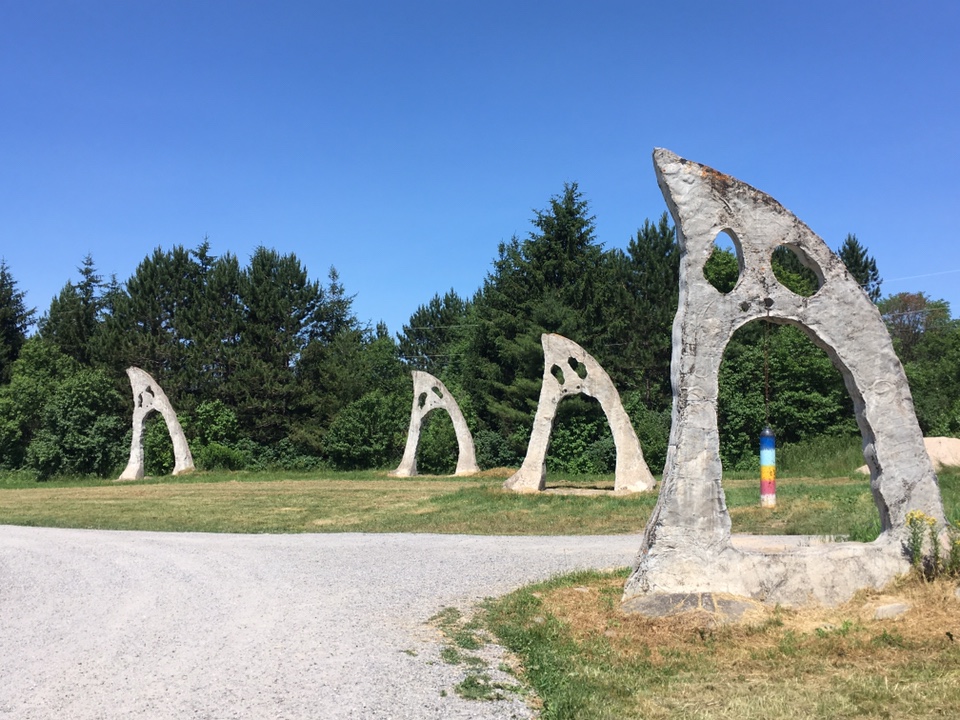 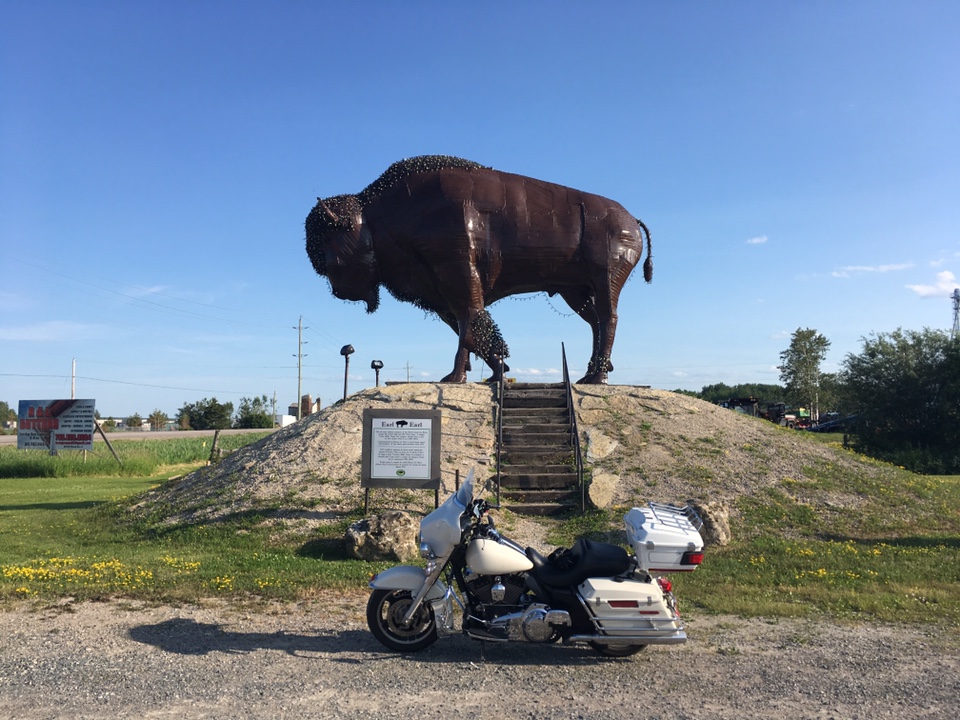 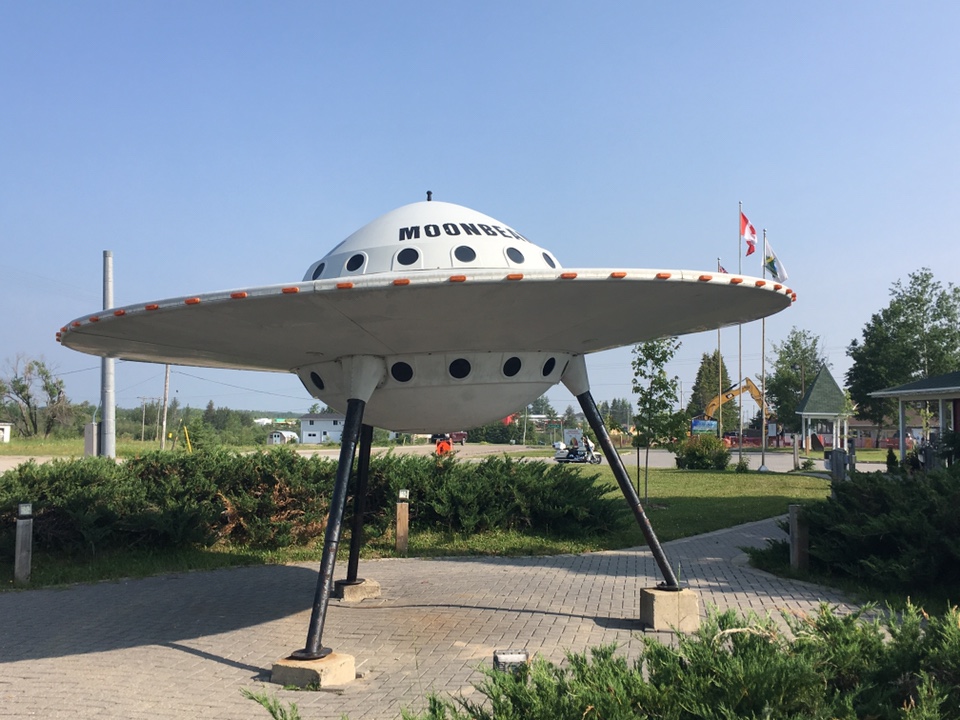 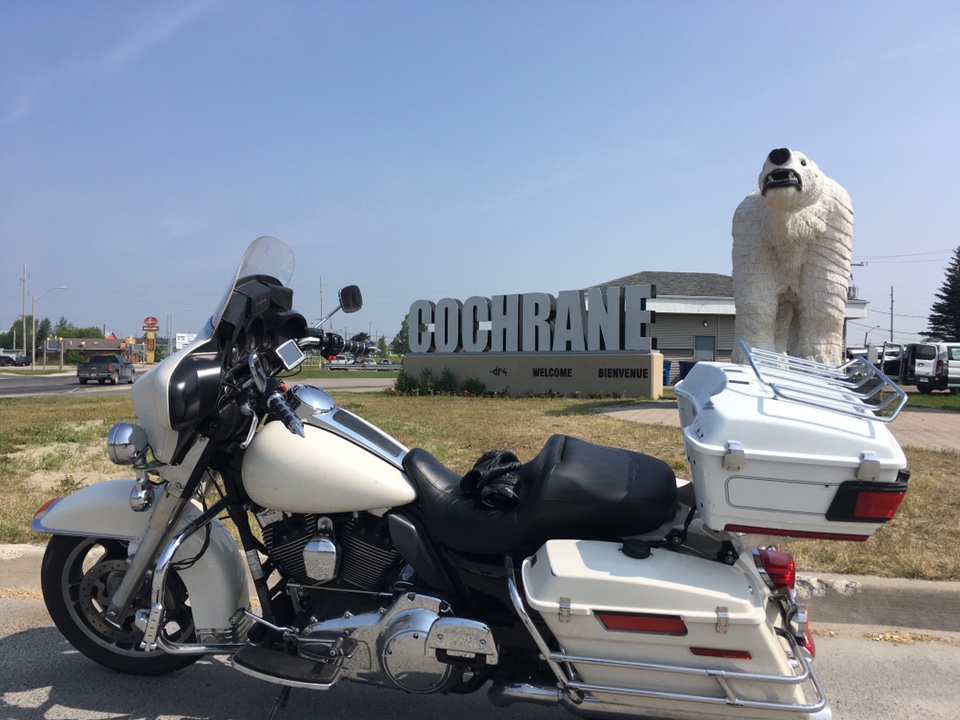 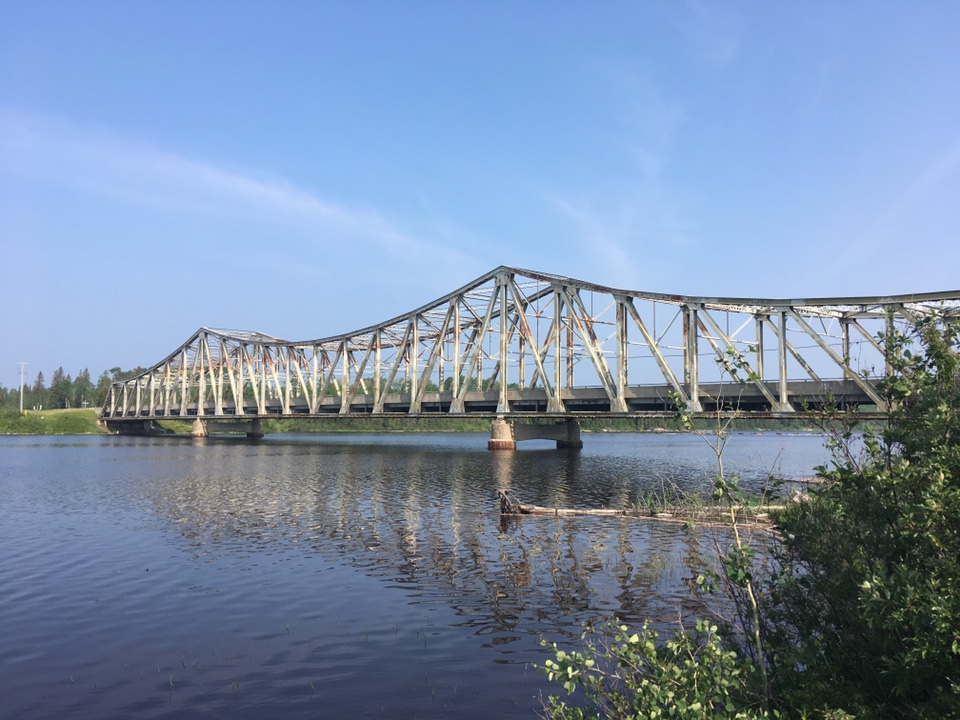 Sent from the Moon!
See you out there - 2012 HD Electra Glide

Moderator
Site Supporter
Yaaaa for Screaming Heads and Peter Camani!
If you want me,i'll be in the bar.
2020 Beta Evo 200
J

and I get a laugh from the Moonbeam thing
haven't seen that for awhile
how's your French?

and it's great to see an HD covered in bugs!
that ain't no garage queen

Awesome! I intend to do this one day. Care to share the details? How long did it take? Road conditions? Did you camp? Are mosquitoes bad at this time of year?

Site Supporter
No need to stay on the JBH - it's not that long a stretch....just long between fuel. There are some camp sites tho.
View attachment 286324

Site Supporter
WTF, are there even roads to James bay? lol Hope you have a bug mask, couldnt even hang out outside at my parents in Parry sound last weekend, ten bites in 30 seconds.

Site Supporter
Wow! Nice going, Mr. Burns. Please share the details when you're able. In the meantime, have a good time and ride safely.

Hope you have a bug mask
Click to expand...

I could have made a protein shake off the Burgman windscreen and fairing.

Finally put my pics up away from photobucket

James Bay on the Burgman 650

There was construction last year somewhere between Matagami and Route Roulier 381. I didn't see it myself because I took the Route de Nord both ways.

There is always going to be frost heaves up there.


Sent from my SM-A500W using Tapatalk

Site Supporter
As fast as your suspension and fuel range allows with the frost heaves...I don't think it is patrolled at all. We hit 150 at times.

Anyone else want to do this trip? I want to go but not alone since it's so remote in case something happens.

Site Supporter
Had not seen this ...some good info - covers Trans-Taiga as well

Here's a slide show from my trip last year. I didn't worry about bears or wolves. Then again I didn't cook anywhere near where I slept either. 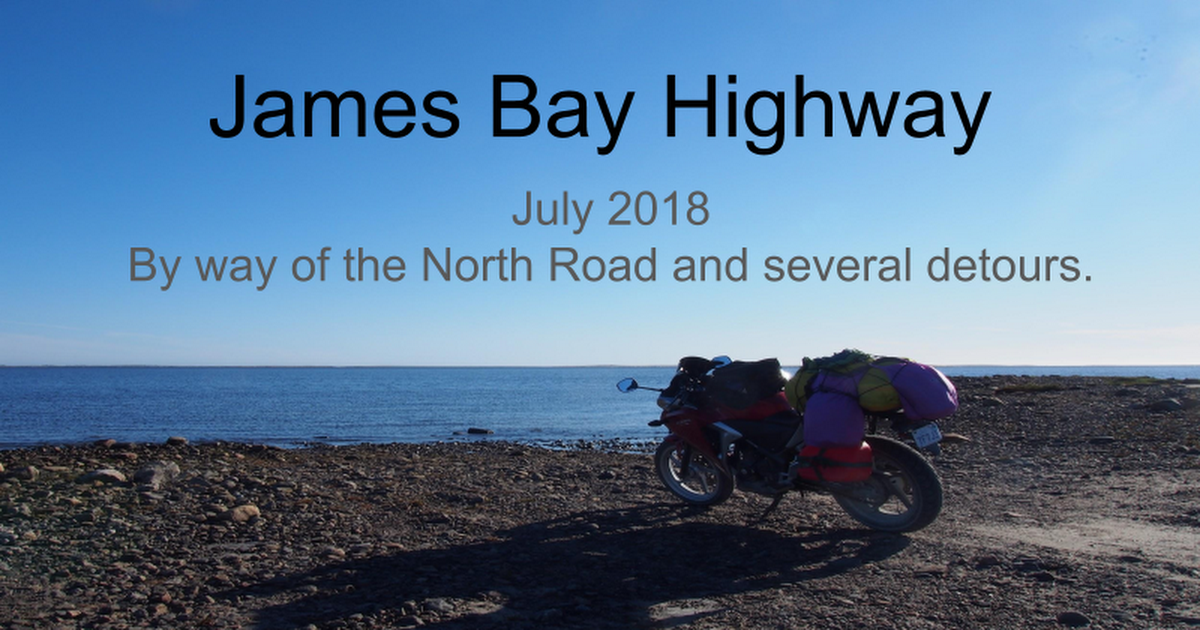 James Bay Highway July 2018 By way of the North Road and several detours.

Sent from my SM-A500W using Tapatalk

danp said:
Anyone else want to do this trip? I want to go but not alone since it's so remote in case something happens.
Click to expand...

Yup.
Last time I checked you can get basic membership and upgrade on the side of the road if you need your bike picked up.
Besides the long no fuel stretch, it's not that hard to ride.
I wouldn't ride fast because of the remoteness, but others do enjoy the lack of speed limit enforcement. Also, the frost heaves are okay at regular speeds, but could throw you if you're pushing your limits

Sent from my SM-A500W using Tapatalk

Site Supporter
I think it's a private road and CAA may not cover you. Worth someone contacting them. Because of the go fast temptation and prevailing wind it;s easy to use more fuel than you might think. With the big frontage on the Burgman I got into Radisson on fumes thanks to some injudicious use of throttle.

Best part was seeing a caribou pacing along in the bush beside me....yeah it's a ways up there. We were going to stay in Chisabi but the local sherrif said we would have to lock the bikes in the school gym so we high tailed back to Radisson at speed with the setting sun behind us...was fun ride that. Daylight came around 3 am.
View attachment 286324

danp said:
Anyone else want to do this trip? I want to go but not alone since it's so remote in case something happens.
Click to expand...

Ok! I am back, I survived the trip and back. Body is totally sore just relaxing now.

Try and summarize everything here:

Basic route up north with stops on the way to see some road side attractions.
I like the kitschy goofy stuff.

HWY 11 past Temiskaming is loaded with Big Rig traffic.

More sight seeing, I just had to see the UFO in Moonbeam since I was pretty close. The road that way had some scenic bridges which were nice.

HWY 101 into Quebec was a very long lonely stretch with no one around. I was happier once I got into a more civilized area, made a quick pitstop at a camp site around a lake which was nice.

Here is where is get's interesting/challenging.

Stop 381 is the only gas station on the James Bay HWY. I believe it is 381 k from Matagmi (not the check point). Previously on a full tank I had gotten around 355 k. But I released I hadn't filled it right to the cap. So in theory I should have some extra milage. I also had a 1 gallon of extra fuel with me just in case. But talking with some guys the night before, they gave me some doubts about my situation.. In the morning before leaving I bought a second container for another 1 gallon of fuel. I figured out a method to strap it in front of the tour pack and was good to go.

Left Matagami for the check in station for James Bay HWY. Let me know there is construction on 2 sections before 381, and highlighted some of the rest stops and sights, gave me a list and a booklet.

The James Bay Hwy... is well terrible. At least for my bike. The dips (I guess these are the heaves everyone has mentioned) are bad to brutal. I bottomed out constantly, and they are every 20 - 30 ft. Something like that. Made travel slow. I could only do around 90k - 110 reasonably. Next was the construction. There are huge long stretches of gravel like 100k of it. I could only do about 60-70k on these stretches. Then there are areas where the construction is active and reduced to 1 lane and they need to escort you through. Along with that there are these gravel "patches" where they stripped the asphalt for a repair but it's like you are falling into a pit as it is not level with the road. There are a few short areas were the road is beautiful and you can get some decent speed.

I made it without needing my extra fuel! I actually had a bit more before empty. The stop is a bit of heaven on this long stretch. But they only have regular (ordinarie) fuel. This could be interesting on the way back down. At least Radisson was only about 250 k from this point.

The road north of 381 was much better then the southern part. No gravel sections, less construction lane reductions, and the dips where less extreme. I was able to keep a constant pace.

Made a quick stop in Radisson to fuel up. You pass the hydro plant on the way in. In Radisson they have premium fuel (Super). Left and went to Chisasibi. This road is also decent. About an hour or so later arrived at the Hotel, did a quick check in and took off towards James Bay (heading towards Fort George). Another gravel road, was pretty bad. But finally made it to the Bay! Incredible! My thoughts lingered to how early settlers managed to get here.

There was rain in the forecast but looked like light rain, then clearing up in the middle of the afternoon. I decided to delay my departure a bit to try and avoid some of it. This was going to turn out to be a bad decision. I should have stayed an extra night in Chisasibi. The top part to stop 381 was ok, once I reached there it was starting to light rain. Didn't seem so bad. I waited a bit to see if it would clear up, then headed out. Nope it started to pour like crazy. I was riding through a storm. All I had with me was a poncho. I tried several ways to make it work but it wasn't. So I just went without it for a while. It was nuts, I was completely soaked. I had to turn off to one of the campsites to change clothes, and try and figure out the poncho again. Changed clothes and made the poncho finally work. By this time it was only lightly raining (shakes fist to the havens). Now to deal with all the gravel sections. But I finally made it to the check point, shivering cold and running on fumes as I wasn't getting the same milage on the regular gas as I did with premium. Fuelled up in Matagmi (they have a Shell with premium) and off to Amos to the hotel. Made it totally exhausted crashed hard.

After that brutal day I wanted a easy ride home, as my shoulders had been punished by the gravel, and some lingering exhaustion I took this basic route back home. I originally planned something along the Ottawa river etc, but this was better. It was a beautiful ride as it was sunny and no humidity. Got back in around 8pm.

The bike held up great. Was running very smooth no issues. Burned some oil had to top up on the 4th day. But the James Bay road was tough on it. Some of my chrome siding is out of place, the tour pack quick release is bent up from shaking around and bottoming out, needs to be replaced. The horn is not working. But could have been worse. I am surprised I didn't dent a wheel or loose some air pressure. It needs some major maintenance and deep cleaning, and babying.

The James Bay HWY isn't as deserted as some might think. There is a lot of development happening, you constantly see construction, hydro, and telecom crews on the road. Then other people hauling campers. I didn't feel like if I got stranded I couldn't flag someone down.

I didn't camp, I need a bed, hot shower, and a comfortable place to do my business. Though along the HWY you could camp I am not sure if I would since there are large garbage bins (dumpsters) which might attract some wildlife. As for wildlife I didn't see anything. Except for a bear crossing the street in Timmins (ya weird but it must be common since there was a bear crossing sign there) No Moose, no road kill nothing.

Not speaking French wasn't an issue. Everyone I met spoke English, and I didn't get any dirty looks from anyone either. Very positive!