2020 MotoGP Discussion (NO LINKS) | GTAMotorcycle.com
Menu
Log in
Register
Install the app
You are using an out of date browser. It may not display this or other websites correctly.
You should upgrade or use an alternative browser.

Well, maybe KTM found something with it's "beam" structured chassis....

Hope they and Aprilia make the top 10 an interesting mashup this year.
And of course, Lorenzo's back, making his debut as a test rider...

Pol Espargaro kept KTM on top of the MotoGP timesheets during the third and final day of the 2020 Sepang Shakedown Test.While most Tuesday attention was on the return of Jorge Lorenzo to Yamaha, Espargaro set the best lap of the week so far with an early time of 1m 59.444s.That compares with an...

Interesting names at the top of the list. While only just testing, the biggest takeways for me are:

A. Marquez is acclimating better than I thought he would.
Aprilia's upgraded machine seems to be paying dividends.
There will only be 3 year old bikes on the grid: Zarco, Rabat and Nakagami. Usually the year old bikes do well in testing, but to be that far off already does not bode well (Note: I say this with the assumption that they are testing the GP19 and '19 RC213V respectively, and not the 18s)

The official website of MotoGP, Moto2 and Moto3, includes Live Video coverage, premium content and all the latest news.

The official website of MotoGP, Moto2 and Moto3, includes Live Video coverage, premium content and all the latest news.

For the 2nd straight days, the SRT Yamaha bikes have better times than the Factory team. I am still not going to look too much into testing times but it is interesting to see. With Quartararo signing a factory deal, he is likely to have more support so his times might hold more weight than Morbidelli's. Also, SRT Yamaha's times might be influenced by the change in Michelin's tire spec, which the speculation suggests it has helped Yamaha the most (and Ducati the least)

Dani Pedrosa is showing the potential of the KTM. As a test rider, he has no reason to set fast times, and there he is 3rd.

I love how the Yamaha test riders don't get names.
C

Quartararo fastest all three days. We'll see if this shows this season with wins. Apparently, Rossi, Vinales and Quartararo are all getting a factory spec bike. Morbidelli is getting an 'A Spec' bike - not clear what that means exactly.

Crutchlow has found a hot lap on the Honda

Rossi was further up the standings each day.

Looking forward to a great season!

Chaos said:
Morbidelli is getting an 'A Spec' bike - not clear what that means exactly.
Click to expand...

De-tuned engine, not unlike the setting Fabio got early last year, by the sound of the Yamaha team and Dorna commentary. It seems Petronas SRT only gets 1 full factory spec bike and has a similar deal to that of LCR.

Crashlow has to be considering retiring this year if he can't get on with this year's bike; its just not something he seems to enjoy at all by his interviews, all he does is complain about testing parts and how difficult the bike is to ride for his style etc...

It's about time MotoGP cleans house and takes them to test rider roles or commentary if they can't compete with Marc, there is plenty of talent left to be honed from moto 2/3. JLO looks like he is grooming Fabio well and given the timing he seems to be extracting the most out of the package this winter, as that bike has Lorenzo DNA built into it.

It looks like Lin Jarvis finally got the Team he needed, not the one the Yamaha PR pushed for.

Dani at KTM is putting in the laps, wow!
“Champagne or crash." -Tatsuki Suzuki

MotoGP star will stay put for the next few years.

Good for him ! 4more championships with Honda;-)
Red R6!

Jesus Christ, Dorna is an absolute dumpster fire; this is totally unacceptable so many people are already complaining and deciding to opt out, I have a feeling Qatar is going to kill Dorna's servers again.
“Champagne or crash." -Tatsuki Suzuki

Winales_2017 said:
Jesus Christ, Dorna is an absolute dumpster fire; this is totally unacceptable so many people are already complaining and deciding to opt out, I have a feeling Qatar is going to kill Dorna's servers again.
Click to expand...

It's a shame that I have to go back to MotoGP pass and WSBK pass as BeIN sport isn't showing any of it this year(2020) from my understanding. I was paying for bein last year

Site Supporter
No real complaints with the MotoGP pass, I watch about 75% of the time live. It just auto renews each year I don’t even give the $$ a second thought.

South of the border it’s being moved to NBC. 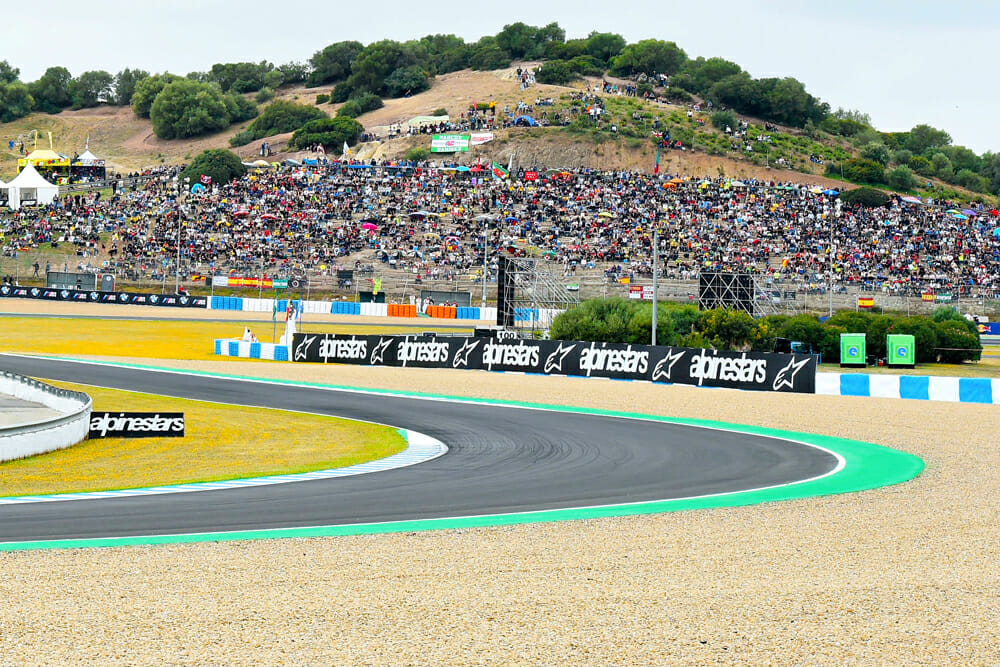 MotoGP and World Superbike broadcasts are moving from beIN Sports to NBC Sports for 2020. WorldSBK Phillip Island is set to broadcast March 2 at 6 p.m. ET.

BT Sports has the best motoGP coverage imho. Interested to see if NBCSN will have their own broadcast team, or simply a re-broadcast of the motoGP feed

Robbo said:
BT Sports has the best motoGP coverage imho. Interested to see if NBCSN will have their own broadcast team, or simply a re-broadcast of the motoGP feed


Sent from my iPhone using Tapatalk
Click to expand...

Colin Edwards is part of the BT team so it would make sense.

Can we even get NBCSN here? I hate our cable companies
D

Don’t believe NBCSN is broadcasting in Canada, yet anyway.

Site Supporter
I believe DAZN is going to carry it again this year, not in Canada though

Sent from my Mi Note 3 using GTAMotorcycle.com mobile app
B

Moderator
Site Supporter
The MotoGP class at Qatar scheduled for next weekend has been cancelled due to travel restrictions imposed by the Qatar government arising from coronavirus. At the moment, Moto2 and Moto3 are scheduled to proceed, because their participants were already in Qatar for testing.

Escalating travel restrictions in response to the coronavirus outbreak have resulted in the MotoGP class cancelling its planned season-opening round in Qatar next weekend.However, the Moto2 and Moto3 classes will still go ahead as planned since all riders and teams are already in Qatar, having...

Also worth noting France's ban on 5000+ person events if this last until LeMans: 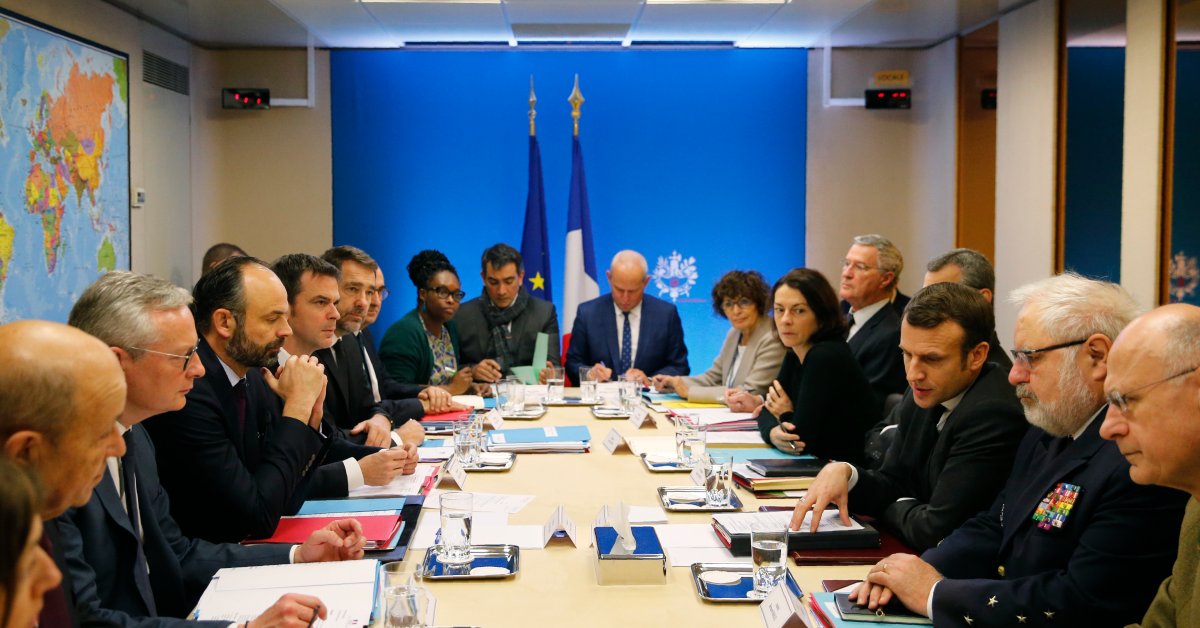 France recommended that people no longer greet each other with kisses