Harley-Davidson will look for new leadership as President and CEO Matthew Levatich is stepping down. The company announcing Friday Levatich

Life's journey is not to arrive at the grave safely in a well preserved body, but rather to skid in sideways, totally worn out, shouting '..holy **** ....what a ride!'

Site Supporter
Might be too big of a ship to turn.

It's not just the company. It's the dealership owners and the hordes of The Faith Militant who look down their noses at any HD not designed before 1948 as not being a "real Harley".

Why would I, as a new customer of a VRod (RIP), LiveWire or Panamerica, want to buy into that shiite? And then also pay a premium on top of it?

Too many failures with this guy. Glad he's gone.
B

Roadghost said:
Too many failures with this guy. Glad he's gone.
Click to expand...

as a brand supporter
what would you like to see HD focus on going forward?

multiple reports from around the globe as the aging demographic which represent average Harley riders are tipping over their bikes as they are no longer able to keep them verticle...

J_F said:
as a brand supporter
what would you like to see HD focus on going forward?
Click to expand...

Look, I like the brand. It's a great motorcycle. But I'm not beyond walking away from these guys and going somewhere else and I could care less whether anyone likes my bike, or slots me for the bike I ride. Having said that, it's nice to know if I'm going to buy a bike the local dealers aren't all going to go bankrupt like they did with my POS Yamaha 35 years ago.

To me the problem at HD (and the Jap manufacturers) is not being able to see the forest for the trees. In the 1960s HD focused on what kids were building in their garages: choppers. Other kids were building cafe style bikes idolizing their heroes on the track. From that you got two styles of bike - factory customs, what we now call cruisers, and sport bikes.

What are kids building in their garages today? Little on/off road bikes that are cheap on insurance. That's where you have to look. Then there's cost. If there's anything that will save motorcycling it's getting prices down. Bikes have to come from China or India to be cheap today. In the 1970s it was Japan. But we forget that the Japanese industry was heavily government subsidized, allowing a flood of cheap bikes into North America. The Japanese have to build in China. Any bikes built in Japan will have to be high-end sport bikes because like USA, it's too expensive to build small bikes there now.

Realistically, with North American production, HD has to understand that it can't cater to small, cheap bike markets. It can only serve the large expensive high-end market and that demographic is shrinking, for now. So shrinking Harley Davidson is the only answer. Lower production, less dealers, and a focus on what they do best: large, glitzy motorcycles. Eventually, sales will rise again as the Millennials, who are a large generation, get their finances in order (owning house, solid job, marriage, etc.).
X

As Roadghost notes the company will have to accept that they have to get smaller, matching production to demand.

And as someone else mentioned, turning the ship is not simply a matter of replacing people at the top. They've sold and marketed themselves into a corner by creating "the faithful" Harley customer.

It's going to take time, effort and commitment. All of these are in short supply, especially for a company that is publicly traded.

Roadghost said:
Eventually, sales will rise again as the Millennials, who are a large generation, get their finances in order (owning house, solid job, marriage, etc.).
Click to expand...

The likelihood that they will all rush to support the same brands and lifestyles that the boomers did however are slim. Because the next generation doesn't care as much about a "name" anymore. 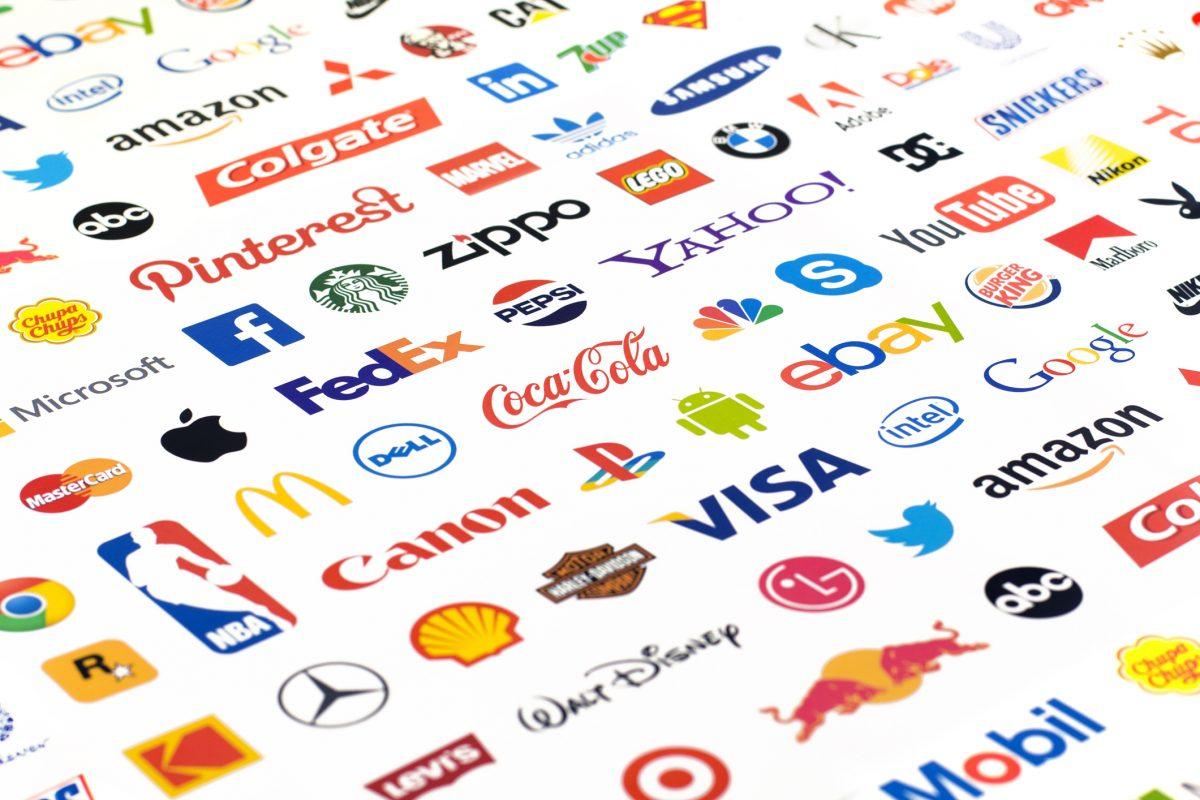 "Today's shoppers are better-informed and more inclined to care about substance or quality than branding."

Ask millennials and boomers what companies they value most and you’ll get very different answers. If brands want to make an impact with the consumers of the future, they need a clear mission.

TLDR; They care more about value for their dollar, practicality, documented reliability, and forward looking companies that share their visions of fun, ethics, and sustainability.

Reality is that old companies that don't adapt to the new generation are destined to die a slow death. A company like HD is stuck between a rock and a hard place however because their "Image" is a huge part of the whole ownership experience, and also not a small part of their profits..IE, T-shirts, gear, etc etc etc. When they dip their toes in the "what millennials want" pond (IE, the Livewire) they get tarred and feathered by their boomer base. But even then despite their efforts, the younger crowed really aren't buying the livewire enmasse because it's still more about an image thing (with accompanying premium price) than form and function. There are alternatives out there that fit their needs and wants better without the image they really couldn't care less about anymore.

My daughter is 20. I see this trend first-hand in her - she couldn't care less about the brands of old...she does business with companies that fit her goals of sustainability and value, going out of her way to source products that fit her goals. NONE of which are the big brands we all know. She drives a "Car" that is just a hunk of metal that reliably gets from A to B - she doesn't care what make/model/year/whatever it is...just that it starts and gets her around. My niece is also much the same. Brands just do...not....matter with few exceptions anymore.
--Vulcan 1700 (Mine)
---Vstar 1100 (Wife)

GTA Insurance Heat Map
Why I don't own a Harley, and may never.
B

Yeah I dont see a lot of millennials buying harleys

Site Supporter
I think brands still matter to Millenials - just not those those that are largely associated with fat, old white guys who play pretend-badass.

The electric guitar industry is in a similar boat, especially Gibson. It's seen as uncool because of its main clientele.
Rainville Audio
B

I disagree, lack of money has forced a kind of pragmatism upon this generation, they dont care about brands

bigpoppa said:
I disagree, lack of money has forced a kind of pragmatism upon this generation, they dont care about brands
Click to expand...

Canada Goose and Apple disagree with you.
S

I am one of those "millennials" and couldn't care less about brand, more about their honesty, demographic, and values. Personally I would never ride a Harley or own one, or know anyone in my age group who would. The whole brand comes off as confused and lost, charging absurd amounts of money for their bikes and preaching the whole America is great so we are great propaganda. They aren't a motorcycle company, they are a fashion brand. Went with my GF to a Harley dealer in Vancouver, 80% was apparel, from mugs to clocks. I just bought a Yamaha, I can't even find a T7 cap, they make bikes first and are about the bikes.
B

Apple? perhaps when it comes to smart phones

Roadghost said:
So shrinking Harley Davidson is the only answer. Lower production, less dealers, and a focus on what they do best: large, glitzy motorcycles.
Click to expand...

This answer pretty much sums up why the company is failing. It's own clientele doesn't want the company to succeed. Instead wishing for their exclusive club to remain small and exclusive.

Have a Harley owner at work, he's been trying to sell a 20yr old+ Harley he's dad passed on to him, he wants a ridiculous amount of money for it because the Harley dealer told him it's priceless and your dad gave it to you. It's been in the market for over a year and the dude think he's bike is worth it's weight in Gold because it a Harley. He is 55+, still living in the thought that owning a Harley means you've bought freedom. It's this sort of demographic and thinking millennials are swaying away from, and the Harley is clinging onto with dear life.

My dad has been riding for over 40yrs+, He's dream bike was a Harley at one point because they didn't exist in Kenya, and they had ad's saying "you haven't riding a motorcycle till you've riding a Harley". Now he doesn't even look at Harley's, its that sort of thinking they spew out that makes them arrogant and many see it, ego. 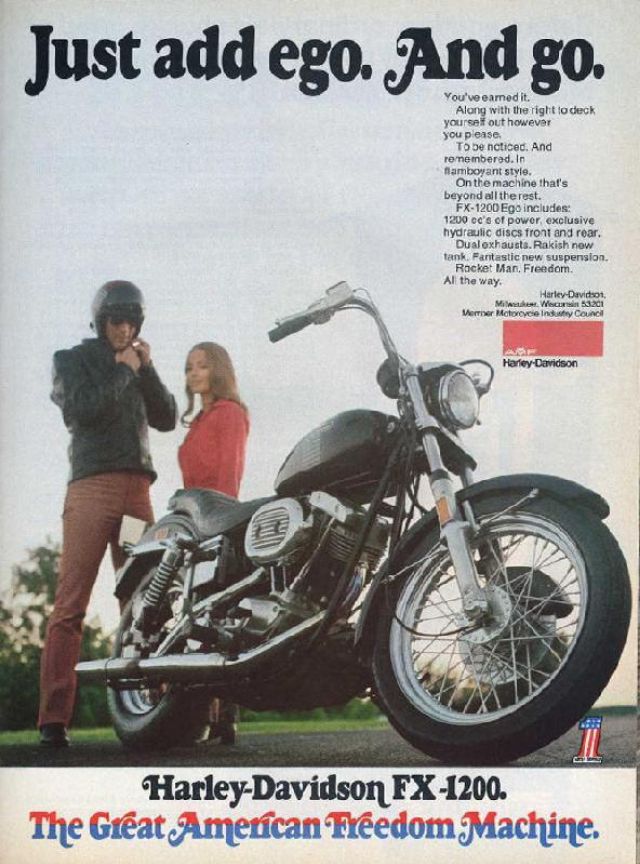 for Harley. The brand has some significant value in the clothing and accessory realm but could easily be sunk by hardware losses/mistakes. The growth markets are in Asia and doing a branding/labelling deal with an appropriate East Asian manufacturer

This might be a accident golden parachute for them.

Meh tell millennial's you can start the bike with an app on your phone.....

Bah nonsene about brand and demographic.. if you like the product you buy it, talk about overthinking, or being a sucker for marketing.
I ride a Harley because I like it, not because it was marketed to me as some exclusive rebel attitude club, or other riders in my age group have them, or trendy brand, or American dream etc.
I've met lots of other HD riders an never felt impressed upon about being in some group.