I've spent the last 2.5 years building this bad boy. It's a really nice bike, built for the city, so its loud, pulls hard (for a 500) and is cheap to run/maintain/insure.

here is the kijiji ad and here is my build blog laying out all the work.

Basically its an XV500. The frame and engine have not been modified, so it's still titled as a Virago and insured as such.
The engine has been freshened, and carbs rebuilt, within the last year. The wiring uses a Motogadget m-Unit, so its all new and custom (no relays!). The gauge is a GPS Speedo/Tacho with a heading feature, 0-60 and 1/4mile timer, as well as ODO,Trip, and shift light. Controls are GSXR600 stock items, front end is from an '06 XZ6R (i bought a whole bike and parted it because that was the only way to know for sure that the front end was straight). Seat is from Dime City Cycles, subframe by me. The swingarm is from an XV750, so the final drive is 16% shorter (for more funsies in the city). Termi slip on. Shorai Li-Ion battery, and all the electronics are under the tank. Tank is custom (CB900 outer, XV500 tunnel and filler cap so the stock key works). I also have a spare parts engine (just in case) and the stock tank if the one on the bike doesn't work for you. The stocker is plug and play since the new tank was built with an XV500 tunnel.

I am looking for $6000 for it, or best offer, so try your trade. That cost just covers the cost of parts that I have in it really. Mention this ad and I will do the deal for $5000 as a nod to a fellow GTA rider.

I'm sorta bummed to see it go, but I think it will find a good owner for it on here. I will deliver, and remain available after the sale of it to answer questions if there are issues. Also, I can provide all documentation on the various parts on the bike, including a wiring diagram since it has an m-Unit on it.

Message me if you want more pics, or want to see it. 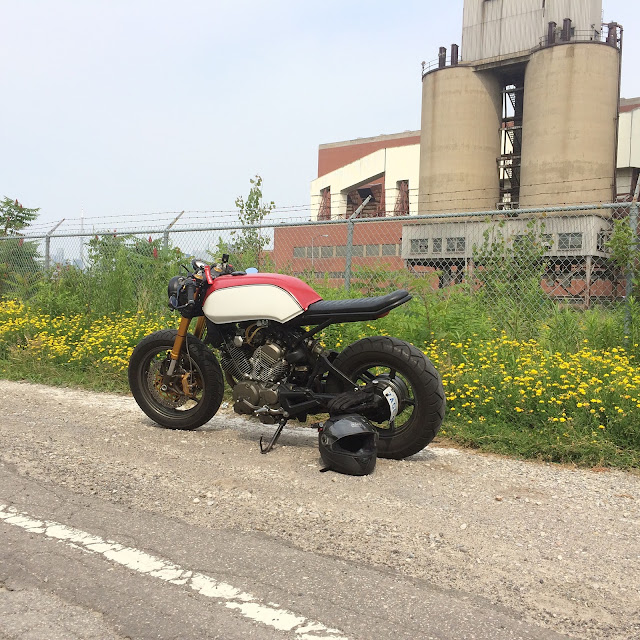 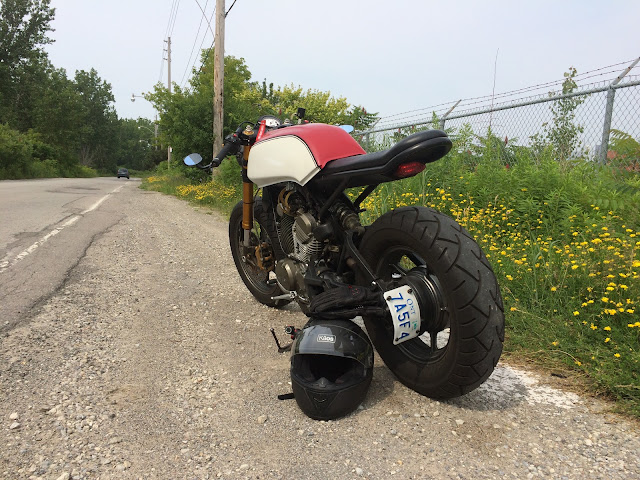 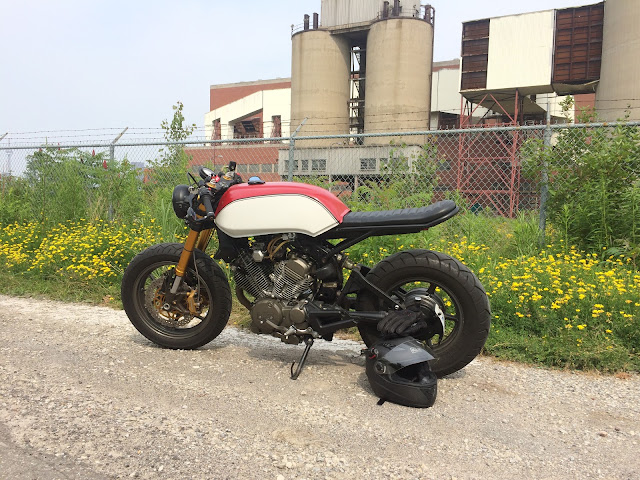