2009 Kawasaki KLX 250S | GTAMotorcycle.com
Menu
Log in
Register
Install the app
You are using an out of date browser. It may not display this or other websites correctly.
You should upgrade or use an alternative browser.

Status
This listing is closed. 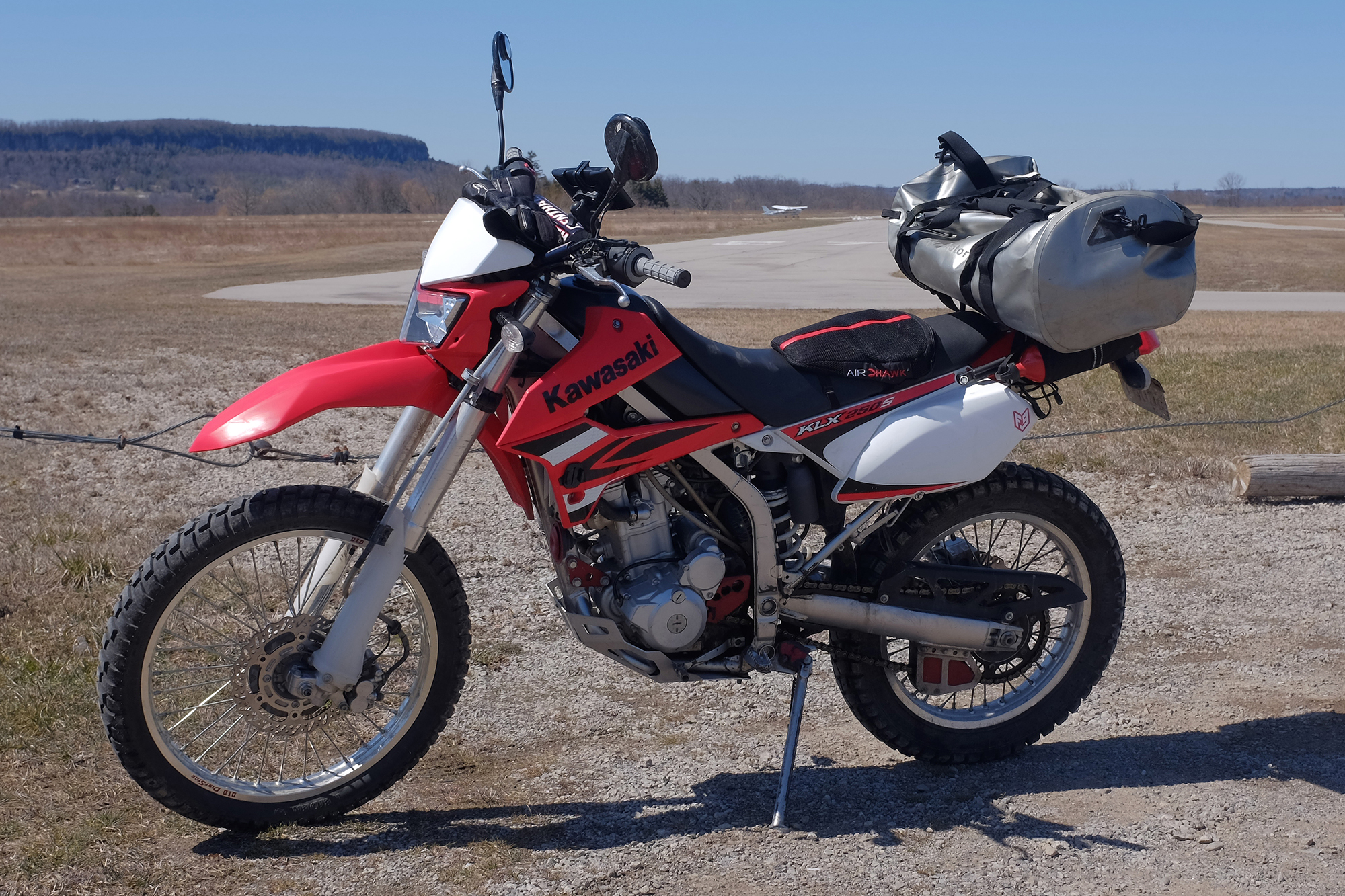 As mentioned in the Reasonably Priced thread, looking to sell my motorcycle. Heading to SF and would rather spend the money I'd spend on insurance and maintenance on rentals when traveling and the occasional rental there. I'd prefer to sell in spring but we'll be leaving by mid-February so I'll need to take the winter price hit, though if it doesn't sell by then I'll try and sell it when I'm back in July.

Details:
Figured I'd toss it up here on GTAM first. UVIP is ordered and I should have it by the end of next week. My schedule is really tight before I leave so bringing it in for safety inspection might be tricky; we can negotiate this into the final price. But I will be able to ride it out to you if it's not snowing, then cancel my insurance one it's dropped off at your place.
Location